The largest grant, SEK 5 million, was awarded to Jonas Nilsson’s project on malignant melanoma, which aims at creating cell therapies for patients with this form of cancer.

“This cell therapy has been developed through our work with humanized animal models, known as avatar mice, and we are gratified that this now takes us a step closer to clinical usability,” says Nilsson, who is delighted to receive support from the Lundberg Foundation.

Clean rooms and bioreactors
Immunotherapy produces a good outcome for many patients with malignant melanoma, but for half of the patients, the treatment does not work. Jonas Nilsson’s team is working on altering the immune cells outside the patient’s body so the enhanced immune cells (called CAR T cells) then can be reintroduced in large numbers. This requires a special clean room and special machines known as bioreactors, for which the grant from the Lundberg Foundation will provide funds. This paves the way for the establishment of cell therapy in Gothenburg.

As part of the research, two employees have been trained to work with Good Manufacturing Practice (GMP), a regulatory framework governing the manufacture of pharmaceuticals, among other things. Jonas Nilsson will collaborate with several other teams in the project, including Anders Lindahl at the Cell and Tissue Laboratory, which is a GMP lab approved by Medical Products Agency Sweden, and Lars Ny at the Department of Oncology.

“It will still be challenging and costly to ensure quality at every stage. The equipment we can now buy will help with automation so that not all the work will be manual,” says Nilsson.

Six of the 13 researchers who receive grants in this round work at the University of Gothenburg. Ruth Palmer, a professor at the Institute of Biomedicine, also received one of the larger grants from the Lundberg Foundation. She has been awarded SEK 3.9 million for advanced 3D cell culture technology and microscopy to increase understanding of neuroblastoma disease. Using the adaptable confocal microscopy system, Palmer and her colleagues can study and analyze neuroblastoma cells and examine cells and tissues of model organisms with the goal of identifying important events in neuroblastoma development.

The IngaBritt and Arne Lundberg Research Foundation was founded by IngaBritt Lundberg in 1982 in memory of her husband, wholesaler Arne Lundberg, who was born in Gothenburg in 1910. The foundation promotes medical research, mainly dealing with cancer, renal disease and orthopedics, and gives priority to the purchase of apparatus, aids and equipment. Research in the Gothenburg region takes precedence. The foundation has its headquarters in Gothenburg. http://www.lundbergsstiftelsen.se

The following researchers at Sahlgrenska Academy received funding from the Lundberg Foundation: 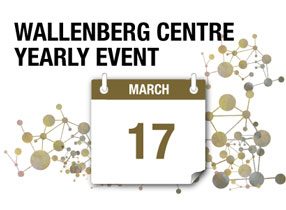 FUNDING. Right now, the Corona virus is spreading around the world. Global infections will continue, also in the future. In order to equip the … END_OF_DOCUMENT_TOKEN_TO_BE_REPLACED

GRANTS. Researcher Helena Carén studies cancer stem cells to understand why malignant gliomas are so difficult to treat. The goal is to develop a … END_OF_DOCUMENT_TOKEN_TO_BE_REPLACED

ASSIGNMENT. Mikael Nilsson, a professor of anatomy, has been named the new director of the Sahlgrenska Cancer Center. His team, which works on … END_OF_DOCUMENT_TOKEN_TO_BE_REPLACED

CONSTRUCTION INFORMATION. Akademiliv provides an overview of the construction project for new premises for the faculty of science and … END_OF_DOCUMENT_TOKEN_TO_BE_REPLACED

COLUMN. Rational algorithms and checklists are increasingly a part of everyday life for medical doctors, and short hospital stays are rapidly … END_OF_DOCUMENT_TOKEN_TO_BE_REPLACED

RESEARCH COMMUNICATIONS. Can you print cartilage cells so that they form a piece that can be used to rebuild an ear, for example? Yes, it looks … END_OF_DOCUMENT_TOKEN_TO_BE_REPLACED

STUDY. Surgical treatment of obesity is as effective for individuals who developed the disorder early, by the age of 20, as for those who have … END_OF_DOCUMENT_TOKEN_TO_BE_REPLACED

MEDICINAREBERGET. Natrium, the new building for the Faculty of Science at Medicinareberget, is expected to be ready for occupancy in 2023. The … END_OF_DOCUMENT_TOKEN_TO_BE_REPLACED

REPORT. An overview report on alcohol, pregnancy and infants’ health that focuses on fathers’, as well as mothers’, drinking habits is now attra … END_OF_DOCUMENT_TOKEN_TO_BE_REPLACED

RESEARCH. The Swedish team responsible for uterine transplantation research has, for the first time, transplanted a uterus from a deceased donor. … END_OF_DOCUMENT_TOKEN_TO_BE_REPLACED