LUNDBERG FOUNDATION CELEBRATES 40 YEARS. The returns from the funds donated by IngaBritt and Arne Lundberg have been incredibly beneficial to research and patients alike, especially in Gothenburg. Olle Isaksson, a long-time board member and medical expert for the Lundberg Foundation, believes the Lundbergs would be pleased with the results produced by their incredible gift.

On September 28, the Lundberg Foundation celebrates its 40th anniversary, with a dinner and panel discussion with several heads of research who have received foundation funding. A large amount of money has gone to research over the years, primarily to medical researchers active in western Sweden. In its 40 years, the foundation has distributed nearly SEK 1 billion, with a focus on the research areas of cancer, renal disease, and orthopedics.

Olle Isaksson, now 79, is professor emeritus and spent many years as department head of the Institute of Medicine. He was one of two medical experts during his 18 years on the board of the IngaBritt and Arne Lundberg Research Foundation. He remembers his years in the foundation as both interesting and educational.

“Board work was very enjoyable. Giving out money was gratifying, and the recipients often expressed their gratitude. I also learned a lot about research in areas that weren’t my primary domain,” says Olle Isaksson, whose research field was endocrine internal medicine.

The Lundberg Foundation primarily allocates funding for the procurement of instruments, equipment, or aids, which is easier to administer than funding for salary costs. The instruments are usually given with full funding, and the foundation also takes responsibility for warranties in the first five years. The foundation handles the invoice for purchase of instruments and the members are often involved in individual cases.

“A research foundation of this size with a university behind them is an attractive customer for instrument manufacturers. When we’ve received a quote or invoice that we thought was excessive, haggling has often gone well. Discounts of around 15 percent aren’t unusual.”

Olle Isaksson concludes that the Lundberg Foundation has been incredibly meaningful for the expansion of research infrastructure in western Sweden. He and his fellow board members have noticed trends in applications over the years that have followed the development of various research methods. There were many applications for funding for ultracentrifuges in the 1990s, and for DNA sequencing instruments in the 2000s. In recent years, flow cytometers have become common among the applications, and right now, many people need to buy cell counters and high-tech microscopes. The instruments are getting increasingly sophisticated and increasingly digital.

“Getting their needed equipment means so much for researchers. In many cases, the instrument means you can conduct completely new kinds of studies; in others, new instruments speed the collection of findings. Sometimes the instruments can also be useful for healthcare when they’re not being used for research.”

Even though the foundation has distributed nearly SEK 1 billion since its inception, the capital the Lundbergs used to establish their research foundation is entirely untouched, because the awarded funds have been returns on investments. Around the same time that Olle Isaksson was elected to the board, in 2000, the board began to more actively manage the foundation’s endowment, which he also found very interesting. Because of low interest rates, the foundation made several property investments, which have produced good returns to date.

Olle Isaksson feels that the Lundberg Foundation has been an incredible gift for medical research in western Sweden:

“A great deal of money has been distributed over the years, and about two thirds of the funds have gone to research groups at the University of Gothenburg or Chalmers. We can only accept this gift and show our gratitude.”

He is now enjoying retired life and spending time with family, hunting, and picking mushrooms. He is still in contact with the board of the IngaBritt and Arne Lundberg Research Foundation but is not involved in their work.

Olle Isaksson is also passionate about two websites he helped start, including internetmedicin.se, which is one of Sweden’s most visited websites. The site is private–funded by advertising–and is used by healthcare staff in need of a quick overview of clinical management for different patients. The site has also contributed to more standardized medical care, which is also Olle Isaksson’s motivation behind the sister project internetodontologi.se.

ABOUT THE LUNDBERG FOUNDATION

IngaBritt and Arne Lundberg Research Foundation was founded by IngaBritt Lundberg in 1982 in memory of her husband, merchant Arne Lundberg, who was born in Gothenburg in 1910. From 1983 to 2021, 573 grants were approved, amounting to a total of SEK 965 million, of which SEK 37 million was approved in 2021. Research in the Gothenburg region takes precedence. The foundation has its registered office in Gothenburg.
www.lundbergssstiftelsen.se 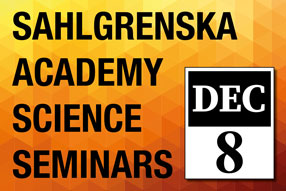 NEW THESIS. Compression stockings are popular among runners, but there is no scientific evidence that they actually enhance exercise performance. … END_OF_DOCUMENT_TOKEN_TO_BE_REPLACED

GRANTS. The Swedish Research Council has accepted applications by Martin Lagging and Heléne Norder to the Proof of Concept call for proposals in … END_OF_DOCUMENT_TOKEN_TO_BE_REPLACED

AWARD. Elinor Ben-Menachem, a long-time adjunct professor at Sahlgrenska Academy, has been awarded one of the world’s finest prizes in epilepsy r … END_OF_DOCUMENT_TOKEN_TO_BE_REPLACED

NOBEL. During three days, five winners of the Nobel Prize will be giving lectures for students and other interested parties at the University of … END_OF_DOCUMENT_TOKEN_TO_BE_REPLACED

NEW STUDY. A new study have identified which blood tests are best at detecting Alzheimer’s disease during the earliest stages, and another blood t … END_OF_DOCUMENT_TOKEN_TO_BE_REPLACED

COOPERATION. Research Day 2023 puts research at the center, and highlights several center formations. The day is open to employees both within … END_OF_DOCUMENT_TOKEN_TO_BE_REPLACED

RESEARCH FOCUS. How can breathing problems in people living with spinal cord injury (SCI) be prevented? How should their stomach and intestinal … END_OF_DOCUMENT_TOKEN_TO_BE_REPLACED

DOCTORAL THESIS. Young adults with extensive caries disease often have a high propensity for risk in terms of oral health. At the same time, with … END_OF_DOCUMENT_TOKEN_TO_BE_REPLACED