STUDY. Anxiety, depression and other illnesses that affect our temperament can be linked to what we eat. That is among the findings of a new survey study carried out by researchers at Sahlgrenska Academy at the University of Gothenburg. For several individual illnesses, it is well-established that a special diet can help, while other diets often claimed as helpful lack a sufficient scientific basis.

The new expert review published in the scholarly journal European Neuropsychopharmacology confirms that what we eat affects our mental health. The study was conducted within the European College for Neuropsychopharmacology (ECNP) under the direction of Suzanne Dickson, professor of physiology, especially neuroendocrinology, at Sahlgrenska Academy.

“Our survey study shows that there is increasing evidence of a link between a poor diet and a worsening of mood disorders, including anxiety and depression. But we also show that there is insufficient scientific evidence for many common perceptions of the health effects of certain foods,” comments Dickson.

The Mediterranean diet is advantageous

The study shows that the connection between diet and mental health in some areas is well-founded and established. For example, children with epilepsy may be helped by a high-fat, low-carbohydrate diet, and a lack of vitamin B12 can lead to fatigue, impaired memory and depression. The study also shows that there is good evidence that a Mediterranean diet rich in vegetables and olive oil promotes good mental health and provides some protection against depression and anxiety.

But for many foods or supplements, the evidence is unclear.

“This includes the use of vitamin D supplements and foods believed to be linked to attention-deficit/hyperactivity disorder (ADHD) or autism. For several individual conditions and diseases, we see ambiguous scientific evidence for the efficacy of diets sometimes presented as beneficial. For ADHD, for example, we can see that an increase in the amount of refined sugar in the diet seems to increase hyperactivity, while a diet with more fresh fruits and vegetables seems to protect against ADHD. But there are relatively few studies, and many of them have not continued long enough to show long-term effects.” 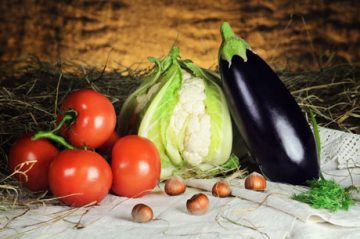 Although some foods may be associated with a mental health condition, we often lack explanations for why the food causes this effect. In their survey study, the researchers conclude that future research in nutritional psychiatry needs to focus on linking mental health effects with mechanisms and more detailed studies of how different diets affect diseases and conditions.

“There is a general conviction that dietary advice for mental health is based on solid scientific evidence. In reality, it is very difficult to prove that specific diets or specific dietary components contribute to mental health.”

In some cases, the link between nutrition and mental health is unambiguous and relatively easy to prove, including the significance of nutrition in the uterus and infancy and the child’s brain function later in life. But Dickson notes that proving the effect of diet on mental health in the general population was more difficult.

“In healthy adults, dietary effects on mental health are quite small, and this makes it difficult to detect these effects. Dietary supplements might only work if there are deficiencies due to a poor diet. We also need to consider genetics, where subtle differences in metabolism may mean that some people respond better to changes in diet than others.”

Nutritional psychiatry is a new area of research in which this survey study shows that diet has an effect on mental health but that researchers need to be cautious in drawing conclusions based on insufficient evidence. More studies are needed on the long-term effects of daily diets.

Practical difficulties also need to be overcome when researching diets using scientific methods. Food differs from medication so it cannot be tested like a medication.

“We can give someone a sugar pill to see if it leads to improvement due to the placebo effect, but it is very difficult to give people pretend food. The message in this document is that the effects of diet on mental health are real, but that we need to avoid jumping to conclusions on the basis of preliminary evidence. We need more studies on the long-term effects of daily diets.”

Article: “Nutritional psychiatry: Towards improving mental health by what you eat”; https://www.sciencedirect.com/science/article/pii/S0924977X19317237 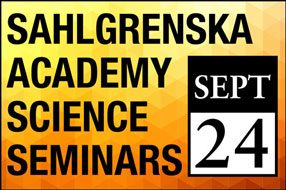 YOUNG RESEARCHERS. Björn Redfors has been awarded an ERC Starting Grant of around SEK 15 million for his research on heart attacks. He wants to … END_OF_DOCUMENT_TOKEN_TO_BE_REPLACED

CAMPUS MEDICINAREBERGET. Now you can find information about Natrium in Medicinarelängan. The exhibition is on the spot where the new building for … END_OF_DOCUMENT_TOKEN_TO_BE_REPLACED

STUDY. Women with a longer reproductive period had an elevated risk for dementia in old age, compared with those who were fertile for a shorter … END_OF_DOCUMENT_TOKEN_TO_BE_REPLACED

PEOPLE. With his research in molecular epidemiology, Gustav Smith hopes to contribute to a better understanding of the mechanisms behind heart … END_OF_DOCUMENT_TOKEN_TO_BE_REPLACED

PREMISES. The Faculty Board has adopted a new facility financing model that will apply from the start of the new year. In this model means, the … END_OF_DOCUMENT_TOKEN_TO_BE_REPLACED

INTERNATIONALIZATION. The American Heart Association has appointed a working group to develop guidelines for the care of people with stroke … END_OF_DOCUMENT_TOKEN_TO_BE_REPLACED

GRANTS. The Lundberg Research Foundation has awarded grants to 19 researchers, primarily for equipment for use in research of cancer, … END_OF_DOCUMENT_TOKEN_TO_BE_REPLACED

COMMUNICATION. The University of Gothenburg’s new website has now been launched after several years of preparations at every level. Much of the w … END_OF_DOCUMENT_TOKEN_TO_BE_REPLACED

STUDENT. On October 14, Chalmers, the University of Gothenburg and Sahlgrenska University Hospital will be holding their first ever joint thesis … END_OF_DOCUMENT_TOKEN_TO_BE_REPLACED