GRANTS. The Swedish Cancer Society is awarding nearly SEK 630 million for cancer research during the next year. Of this amount, nearly SEK 100 million is going to the University of Gothenburg. Neurosurgeon Asgeir Jakola is experimenting with a new form of treatment for glioblastoma, an aggressive malignant brain tumor. He is one of the researchers participating in the initiative.

Jonas Nilsson, a professor at the Institute of Clinical Sciences, is receiving a total of slightly more than SEK 10 million in project grants and increased funding.

“The project is about developing new treatments for patients suffering from skin or ocular melanoma and that have not been cured by the treatment that was awarded the Nobel Prize this year. By combining several different treatments or by using the cell therapy that we have developed, we hope that these patients will be able to have an additional option for treatment,” Nilsson explains.

Colleagues involved in the project include tumor biologist Lisa Nilsson, oncologist Lars Ny and surgeon Roger Olofsson Bagge in collaboration with the cell and tissue laboratory at Sahlgrenska University Hospital.

“The Swedish Cancer Society is our most important financial supporter, so it is always special to receive grants from the Society. We are receiving a continuation grant for our platform for translational cancer research using personalized animal models,” he says.

The research team also is receiving increased funding that makes it possible to start some clinical trials in immunotherapy and cell therapy for treating melanoma in particular.

“With our advanced animal models, we have developed new kinds of treatments, and we now have the opportunity to see if they can be used clinically,” says Nilsson.

“Thank you for that wonderful news. To be honest, I am still a little shocked in the best possible way,” Palmer says when the news reaches her on Tuesday evening. “It is really fantastic news for my research team, and I am very grateful to the Cancer Society for this generous funding.”

Ruth Palmer uses a classic model for biological basic research, the fruit fly, to study a protein that can cause cancer if not regulated correctly. By learning more about how the protein works, she hopes to find new ways to treat the neuroblastoma form of childhood cancer.

Göran Stenman, a professor in the Department of Pathology and Genetics, is being given SEK 6 million for his project, which is about developing a new targeted treatment for sporadic and hereditary glandular tumors. His team has previously identified a cancer gene that controls the development of these tumors in the skin, the chest, and the head-neck region. The team also recently discovered a new way to turn off this gene, which is known as a transcription factor that, until now, has been considered “undruggable,” meaning that it is difficult or almost impossible to turn off with pharmaceuticals.

“Naturally, we are very grateful for the large grant from the Cancer Society, which now gives us the opportunity to develop new targeted treatment for these serious types of cancer,” Stenman says. “We hope we can conduct the first clinical tests on patients within the next three years.”

Asgeir Jakola, adjunct associate professor at the Department of Clinical Neuroscience at the Institute of Neuroscience and Physiology and a brain surgeon at Sahlgrenska University Hospital, is receiving a total of SEK 2.4 million for his project, which involves using existing pharmaceuticals in a new way to treat patients with brain tumors.

The new treatment consists of disulfuram, an old proven medication for alcohol abuse, plus a dietary supplement with copper. It previously was known that disulfuram inhibits cancer cells. Basic research has shown that the inhibitory effect can be reinforced with the addition of copper.

“We hope that supplementary treatment with disulfuram and copper will extend the lives of people with glioblastoma, but this has not yet been proven through clinical studies,” says Jakola.

The Swedish Cancer Society’s research grants are allocated through a national competition. The Cancer Society allows all research projects to compete with each other, regardless of the type of cancer. The research projects with the greatest chance of achieving successful results are the ones that receive funding. The award of the grants that takes place in November each year is the Swedish Cancer Society’s largest funding award. For the first time this year, there is an additional allocation for especially costly studies. Researchers can apply for funding of SEK 1–5 million annually for up to three years.

A total of 451 applications from all higher education institutions were submitted to the Swedish Cancer Society for research project grants. Of these, 189 received funding. In addition to an increase in the maximum award amount to SEK 2.5 million per year, an extra SEK 30 million is being awarded per year for 14 particularly innovative projects. 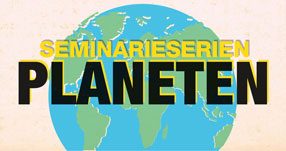 NEW STUDY. A study involving researchers at University of Gothenburg and Karolinska Institutet in Sweden has found that low levels of a protein … END_OF_DOCUMENT_TOKEN_TO_BE_REPLACED

FACULTY ELECTION. The Nomination Committee has now presented its proposal for eight members and two replacements that may be included in the next … END_OF_DOCUMENT_TOKEN_TO_BE_REPLACED

EDUCATION. Many students who graduated in medicine in Sweden last year state, in their responses to the Swedish Medical Association’s q … END_OF_DOCUMENT_TOKEN_TO_BE_REPLACED

INTERACTION. Work to set up a center of competence for spinal cord injuries began four years ago. Since then, although COVID-19 has slowed … END_OF_DOCUMENT_TOKEN_TO_BE_REPLACED

NEW LAB. A brand-new biomedical engineering research laboratory is being built inside the Sahlgrenska University Hospital in Gothenburg. This … END_OF_DOCUMENT_TOKEN_TO_BE_REPLACED

HEALTH TECHNOLOGY. Engineering Health 2021 is now behind us. This year's main organizer, Chalmers Health Engineering Area of Advance, thanks all … END_OF_DOCUMENT_TOKEN_TO_BE_REPLACED

COMMUNICATING RESEARCH. Vaccines have been extremely important for humanity. They prevent millions of children from dying annually and have … END_OF_DOCUMENT_TOKEN_TO_BE_REPLACED

SUSTAINABLE DEVELOPMENT. The task of integrating perspectives on sustainable development in education has been passed from the previous network … END_OF_DOCUMENT_TOKEN_TO_BE_REPLACED