PEOPLE. Agnes Wold, professor of clinical bacteriology at the University of Gothenburg, is one of the debut participants in this year’s På spåret. Her partner in the train compartment will be radio journalist Christer Lundberg.

Agnes Wold has previously attended a test shoot for the program, but has on two occasions still refused to participate, since autumn is a time when she has so much else to do. When she got the question again this spring, she announced that if Christer Lundberg wanted to compete with her, she would accept the offer:

“Christer is a radio guy on P4 and we record the podcast “Fråga Agnes Wold” together where I answer all sorts of questions about bacteria, immune response, cleaning, and everything people wonder about. He’s the nicest in the world, so even if it would go to the forest, you have quite a bit of fun in the meantime, I think.

Partner with knowledge of popular culture

Christer said yes, and they will now be part of group two during the autumn season of På spåret.

“Of course I regretted it afterwards, but now it’s too late. I imagine that Christer knows everything about music, TV series, movies, celebrities and everything that I do not know anything about.” 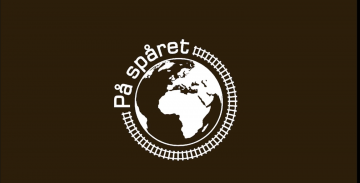 What destinations are you hoping for?

“My personal favorite destinations are Paris and Istanbul, but they have probably already been used in the program – it has been a lot of years. Unfortunately, they do not learn to ask what a ribosome is and what the spleen does, but one can only hope that one can have some benefit from their biological medical general education.”

This year’s season of På spåret premieres on November 26. Here you can see all participants presented (in Swedish) by presenters Kristian Luuk and Fredrik Lindström.

NEW STUDY. In mice with high-risk neuroblastoma, tumors disappeared in response to a new combination treatment with precision medicines, a recent … END_OF_DOCUMENT_TOKEN_TO_BE_REPLACED

PUBLISHING ETHICS. If you publish in a questionable journal, it may prove more harmful to your reputation than beneficial. But what are the … END_OF_DOCUMENT_TOKEN_TO_BE_REPLACED

EDUCATION. Sahlgrenska Academy has now produced its first open online course as part of a university-wide project aimed at anyone interested in … END_OF_DOCUMENT_TOKEN_TO_BE_REPLACED

RESEARCH COLLABORATION. The pandemic put a stop to the originally planned Research Day this spring, but we’ve now been able to hold it. Research D … END_OF_DOCUMENT_TOKEN_TO_BE_REPLACED

COLLEGIAL RESPONSIBILITY. Sahlgrenska Academy currently has some assignments that need staff to take on. It can be difficult to find candidates … END_OF_DOCUMENT_TOKEN_TO_BE_REPLACED

ACADEMIC CEREMONIES. For the first time, the University of Gothenburg has held a dedicated conferment ceremony solely for jubilee doctors. One of … END_OF_DOCUMENT_TOKEN_TO_BE_REPLACED

SAHLGRENSKA LIFE. Planning for the new skills center at Sahlgrenska Life is progressing well. This clinical training platform is part of the life … END_OF_DOCUMENT_TOKEN_TO_BE_REPLACED

GRANT. Three researchers at Sahlgrenska Academy have been granted funding from the Swedish Research Council’s call in natural and engineering s … END_OF_DOCUMENT_TOKEN_TO_BE_REPLACED

INFRASTRUCTURE. This year, a total of SEK 30 million has been granted Core Facilities by the Swedish Research Council. The funds are to cover new … END_OF_DOCUMENT_TOKEN_TO_BE_REPLACED