AWARD. On Friday, September 17, Nicholas Ashton was honored at Drottningholm Palace as one of this year’s two recipients of Queen Silvia’s Prize to a Young Alzheimer Researcher, which the Queen presented herself. Ashton is part of the large and successful research department that works with biomarkers for Alzheimer’s disease at the University of Gothenburg.

“It is a huge honor to receive such a prestigious award and that the ceremony took place in the presence of Queen Silvia herself at Drottningholm Palace. This prize goes not only to me but also to the large team of researchers and students who have helped in the development of blood tests for Alzheimer’s disease,” says Nicholas Ashton.

The prize was established by the Swedish Alzheimer’s Foundation on the occasion of Queen Silvia’s 70th birthday. It bears the Queen’s name, and she considers it a great honor to present the prize each year. The prize has also had a major impact within the community of young researchers. In addition to the honor, the prize includes SEK 125,000.

Nicholas Ashton has been conducting research at the University of Gothenburg since 2018. He pursued undergraduate studies in forensic chemistry in Great Britain, and he became interested in dementia research during his master’s studies of clinical neuroscience at King’s College London. In 2017 he defended his dissertation in geriatric psychiatry, focusing on blood tests for Alzheimer’s disease.

“Today my role is to develop and validate simple biological tests for different stages of dementia for traumatic and acute neurological damage. My current focus is to prepare these tests for routine use in memory clinics.”

Distinguishing Alzheimer’s from other diseases

The neurochemistry research team that includes Nicholas Ashton is now very close to having this type of Alzheimer’s test for wide availability. Under the leadership of Professors Kaj Blennow and Henrik Zetterberg, the team has made great progress, first with the Neurofilament Light (NfL) marker and, more recently, with phosphorylated tau (p-tau). The blood tests open up new and very important avenues, which the more invasive and costly tests using spinal fluid samples or molecular image processing are unable to offer, explains Ashton.

“We can be more inclusive in our studies and represent more population groups in our surveys. In addition, we can investigate Alzheimer’s disease at an early stage so that preventive measures can be explored even before symptoms appear.”

Dementia symptoms can have many different causes, and it is important to know if they result from Alzheimer’s disease or something else entirely.

“Knowing what causes the symptoms is very important in enabling both patients and healthcare providers to have a more definitive diagnosis. In pharmaceutical research, it is also necessary to include the right patients in trials for cures or interventions for Alzheimer’s disease. In the future these tests will be at the forefront in determining whether someone will benefit from receiving disease-modifying medications when they become available.” 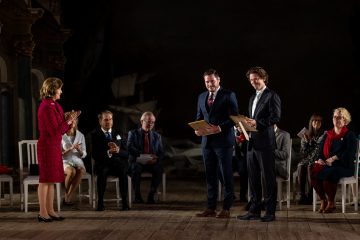 “These two researchers have conducted groundbreaking studies on how brain changes resulting from Alzheimer’s disease can be detected in living individuals. Their research results have revolutionized the diagnosis of Alzheimer’s disease and will be crucial for the development of effective medications,” says Henrik Zetterberg, who also chairs the Scientific Council of the Swedish Alzheimer’s Foundation.

Charlotta Thunborg, a researcher in physiotherapy at Karolinska Institutet, also received the Alzheimer Life scholarship of SEK 100,000 for her research to help patients with early Alzheimer’s disease remain healthy for as long as possible through lifestyle changes. 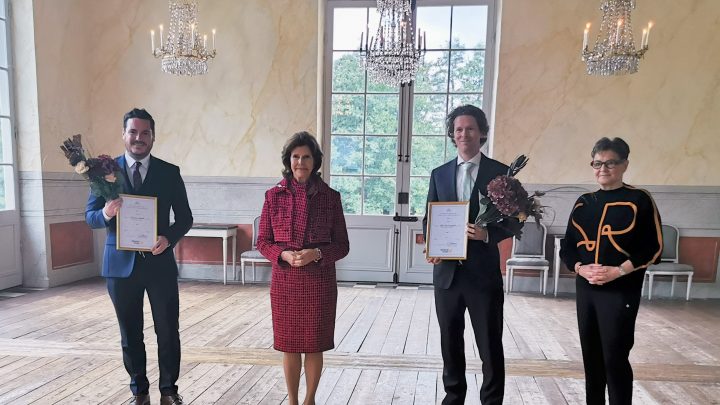 Autumn school holiday coming up! You will get no ordinary newsletter on Wednesday November 3rd, but the Akademiliv website will be kept updated.

GRANTS. Ka-Wei Tang is one of two researchers at Sahlgrenska Academy to receive this year’s Large Grant from the Swedish Society for Medical R … END_OF_DOCUMENT_TOKEN_TO_BE_REPLACED

NEW STUDY. Unconcerned for themselves — but willing to protect others. These attitudes were expressed by many teenagers on being asked w … END_OF_DOCUMENT_TOKEN_TO_BE_REPLACED

COVID-19. On the morning of October 29, the university is arranging a new drop-in vaccination at Vasaparken, to make it easier for students and … END_OF_DOCUMENT_TOKEN_TO_BE_REPLACED

BOOK. This Handbook, first published in 2017, has now been issued in an updated edition, with the subtitle “New Era, New Challenges”. It is fre … END_OF_DOCUMENT_TOKEN_TO_BE_REPLACED

PICTURE REPORT. The new part of the children's hospital has been running for a while - but on Friday 15 October it was solemnly inaugurated by … END_OF_DOCUMENT_TOKEN_TO_BE_REPLACED

YOUNG RESEARCHERS. During a ceremony on the October 15, the Bollan stipend was handed out to five young researchers active in medical research at … END_OF_DOCUMENT_TOKEN_TO_BE_REPLACED

YOUNG RESEARCHERS. Are you a researcher with a doctoral degree looking to improve your leadership skills and expand your academic network? Or are … END_OF_DOCUMENT_TOKEN_TO_BE_REPLACED

COLLABORATIVE RESEARCH. Almost one in five Swedes suffers from chronic pain and five to seven per cent of the population report significant care … END_OF_DOCUMENT_TOKEN_TO_BE_REPLACED

NEW STUDY. People with obesity were overrepresented among adults in Sweden receiving intensive care for COVID-19 during the first wave of the … END_OF_DOCUMENT_TOKEN_TO_BE_REPLACED