NEW SYUDY. How do intestinal cells perceive when to put up defenses against intruding bacteria? Which signals are required for a functional barrier? Researcher at Sahlgrenska Academy have discovered a new component of the intestinal barrier that is first established during weaning in mice, presented in Cell Reports.

The research was conducted under the supervision of Thaher Pelaseyed, Assistant Professor at the Institute of Biomedicine, who summarizes the finding in one word: “It’s all about timing! The right signal at the right time keeps the bugs away.”

Our intestine is home to trillions of bacteria. A multifaceted barrier, consisting of mucus and various antimicrobial molecules, keeps the bacteria at a distance of less than a millimeter from our intestinal epithelium. Disturbances in one or several of these barrier components increase the risk of bacteria causing inflammatory diseases such as Crohn’s disease and ulcerative colitis.

Researcher at Sahlgrenska Academy have identified a new barrier component that can be added to the list of important mechanism that protect the intestine. Intestinal epithelial cells produce a long glycosylated protein that is attached to cell surfaces but the function of this protein has so far remained unknown.

“What caught our attention was the fact the we could not detect the protein in the small intestine of newborn mice. When we studied mice at different ages, we discovered that the protein, which is a membrane mucin, is produced first when the animals were weaned off of maternal milk and start eating solid food. This dietary transition coincides with a dramatic expansion of bacteria and increases the risk of bacteria breaching the gut barrier”, says Elena Layunta who is the first author of the article.

The researchers then designed a method where they used advanced microscopy to test if the presence of the membrane mucin protected intestinal cells against live fluorescent bacteria.

“We were amazed by the fact that live bacteria were prevented to bind to the epithelial cells in adult mice that produce the protective membrane mucin, while newborn mice were completely unprotected”, says Layunta.

The neonatal period is important for our health

The period after birth is critical to our health later in life. Environmental factors that disrupt the normal gut microbiota result in a “untrained” immune system which increases the risk for development of allergies and inflammatory diseases. Layunta and her colleagues found a signaling molecule produced by immune cells below the epithelium that stimulate epithelial cells to express the protective protein at time of weaning.

“It was very important to identify the signal that drives the production of the barrier protein. The time after birth is both a window of opportunity and a window of vulnerability for establishing barrier functions required for protection against diseases later in life”, says Thaher Pelaseyed.

“Now that we have identified a new barrier component and know how it is regulated in the tissue, we will focus on finding the environmental factors that stimulate or disturb its development and function. We believe that our findings will be important for our understanding of the pathogenesis of inflammatory disease in the intestine”, Pelaseyed concludes.

The study IL-22 promotes the formation of a MUC17 glycocalyx barrier in the postnatal small intestine during weaning was published in the scientific journal Cell Reports in February 16th. 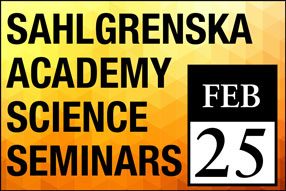 ALF GRANTS. You can submit your application for ALF grants until June 1. Sahlgrenska Academy and Sahlgrenska University Hospital are holding a … END_OF_DOCUMENT_TOKEN_TO_BE_REPLACED

DOCTORAL THESIS. Impaired memory, reduced motivation, and declining motor skills. These are some of the problems that may persist several years af … END_OF_DOCUMENT_TOKEN_TO_BE_REPLACED

DOCTORAL THESIS. In Sweden, approximately one in five adults suffers from dental anxiety or phobia. The number has decreased over time, but many s … END_OF_DOCUMENT_TOKEN_TO_BE_REPLACED

PEOPLE. Ola Bratt is our new professor of clinical cancer epidemiology at the University of Gothenburg. Back in the early 1990s, as a newly … END_OF_DOCUMENT_TOKEN_TO_BE_REPLACED

RESEARCH SCHOOL. Research in the borderland between technology and health is becoming increasingly important. Now Chalmers University of … END_OF_DOCUMENT_TOKEN_TO_BE_REPLACED

CONSTRUCTION INFORMATION. Akademiliv provides information on the construction of Natrium on Medicinareberget for the period weeks 7-10 (February … END_OF_DOCUMENT_TOKEN_TO_BE_REPLACED

DISTINCTION. Mona Ringdal and Angela Bång, both associate professors at the Institute of Health and Care Sciences, recently received the title of … END_OF_DOCUMENT_TOKEN_TO_BE_REPLACED

NEW STUDY. The protein VCP plays an important role in initiating the process of autophagy in the cell. This is the finding of researchers at the … END_OF_DOCUMENT_TOKEN_TO_BE_REPLACED