Due to the continued spread of infection, the Vice-Chancellor has decided to move the planned Inauguration of New Professors to next spring. Since the Inauguration of New Professors was also postponed last year, the decision means that three cohorts of new professors will be inaugurated in the Congress Center at the Swedish Fair in May 2022.
Discussions are ongoing about how the autumn’s Conferement of Doctoral Degrees can be carried out in a safe way. Both last year’s and this year’s Conferement of Doctoral Degrees are planned to be given in October 2021, but it is not clear how the ceremony will be designed. This year’s Retirement Ceremony and the ceremony for Zealous and devoted service, which would have taken place in January and February, have already been canceled. 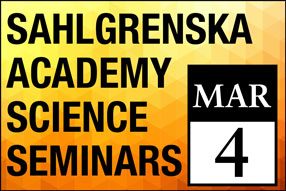 RANKING. The University of Gothenburg ranks number 1 in the world in Dentistry in this year’s edition of QS World University Rankings by Subject, … END_OF_DOCUMENT_TOKEN_TO_BE_REPLACED

GRANTS. It has long been uncertain whether the H70 studies could continue with the next cohort from the 1950s. Through a grant of SEK 10 million … END_OF_DOCUMENT_TOKEN_TO_BE_REPLACED

COLUMN. “It will soon have been one year since we began adapting how we work to reduce the spread of the virus in the community,” writes Dean Agne … END_OF_DOCUMENT_TOKEN_TO_BE_REPLACED

CONDITIONS OF RESEARCH. In recent years, techniques have been developed to treat diseases with what are known as oligonucleotide drugs, based on … END_OF_DOCUMENT_TOKEN_TO_BE_REPLACED

ALF GRANTS. You can submit your application for ALF grants until June 1. Sahlgrenska Academy and Sahlgrenska University Hospital are holding a … END_OF_DOCUMENT_TOKEN_TO_BE_REPLACED

DOCTORAL THESIS. Impaired memory, reduced motivation, and declining motor skills. These are some of the problems that may persist several years af … END_OF_DOCUMENT_TOKEN_TO_BE_REPLACED

DOCTORAL THESIS. In Sweden, approximately one in five adults suffers from dental anxiety or phobia. The number has decreased over time, but many s … END_OF_DOCUMENT_TOKEN_TO_BE_REPLACED

PEOPLE. Ola Bratt is our new professor of clinical cancer epidemiology at the University of Gothenburg. Back in the early 1990s, as a newly … END_OF_DOCUMENT_TOKEN_TO_BE_REPLACED