STUDY. The risk of suicide is clearly elevated in the category of older women with untreated depression who were born outside the Nordic region, compared with corresponding Swedish-born women. This is shown by a study from the University of Gothenburg.

“Our results indicate the need for innovative public health measures to meet needs among older foreign-born adults, especially women,” says Khedidja Hedna, a researcher at AgeCap, the Centre for Ageing and Health at the University of Gothenburg, and lead author of the article now published in European Journal of Public Health.

Despite the high proportion of suicide in the 75+ age group, there has been very little research on the reasons why this is so. Since medication for depression is regarded as an important strategy for suicide prevention, a research team conducted a major national population study to investigate factors related to raised suicide risk among older adults, with and without antidepressant therapy.

The research was done by merging large national population registers to obtain a group of more than 1.4 million inhabitants of Sweden aged 75 and over, who were monitored for up to eight years. During the period, 1,305 people died by suicide: 907 men and 398 women.

Of the women who took their own lives, 164 had untreated depression; and 42 of the total number of female suicides (398) were of women born outside the Nordic region. Suicide risk was elevated among older immigrant women, and the risk was particularly high among those who did not receive medication for depression.

Among women who took antidepressants, the raised suicide risk was associated with high-status employment before retirement. In men, an elevated risk was found in those who were not treated for depression and who had manual jobs.

Another gender difference was the protective effect of being married, which was seen only in men. Raised suicide rates were observed among unmarried men both with and without antidepressant therapy.

The study was led by Margda Waern, Professor of Psychiatry specializing in suicidology at Sahlgrenska Academy, University of Gothenburg.

“Our results highlight the need for outreach services in healthcare, especially for older women born outside the Nordic region, and also for older men, who may also need measures to reduce their social isolation. The study indicates gender differences in factors related to suicide among people aged 75 and over, and these results may be helpful for personalized, gender-specific strategies for suicide prevention in psychiatric care, primary care and the social services,” Waern says.

Title: Sociodemographic and gender determinants of late-life suicide in users and non-users of antidepressants, https://doi.org/10.1093/eurpub/ckaa114 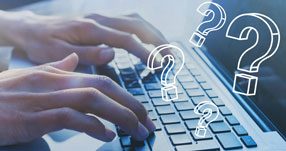 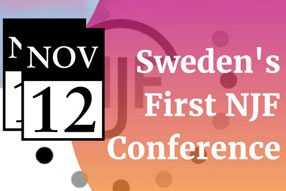 GRANTS. Four researchers at the Institute of Medicine won approval for their applications to the Swedish Research Council for Health, Working … END_OF_DOCUMENT_TOKEN_TO_BE_REPLACED

EDUCATION. From November 11 to December 9, teachers within the medical program at the University of Gothenburg can apply for ALF grants for … END_OF_DOCUMENT_TOKEN_TO_BE_REPLACED

COLLABORATION. Most care organizations in Sweden prioritize patient involvement as a way of basing care on the patient’s needs, resources and p … END_OF_DOCUMENT_TOKEN_TO_BE_REPLACED

COLUMN. We should be proud of the high-quality education we have provided to this point, but if the restrictions continue, we need to accept the … END_OF_DOCUMENT_TOKEN_TO_BE_REPLACED

CONSTRUCTION INFORMATION. Akademiliv provides information about the construction of Natrium on Medicinareberget for the period week 43-46 … END_OF_DOCUMENT_TOKEN_TO_BE_REPLACED

GRANT. Magnus Simrén, professor of medical gastroenterology at the Institute of Medicine, has been awarded a SEK 9 million research grant from th … END_OF_DOCUMENT_TOKEN_TO_BE_REPLACED

STUDY. A bioceramic implant has proved to stimulate regeneration of natural skull bone, so that even large cranial defects can be repaired in a … END_OF_DOCUMENT_TOKEN_TO_BE_REPLACED

SUSTAINABILITY. From now onwards, the registrations for Act Sustainable are open. Don´t forget that each event requires its own registration, but … END_OF_DOCUMENT_TOKEN_TO_BE_REPLACED

NOBEL PRIZE. This year’s Nobel Prize in Physiology or Medicine recognizes the discovery of the hepatitis C virus, which has saved m … END_OF_DOCUMENT_TOKEN_TO_BE_REPLACED