STUDY. One year after the diagnosis of low-grade malignant brain tumor, a University of Gothenburg study shows, just under three people in ten were in full-time employment. Another year later, the proportion remained below half. For this young patient group, returning to work is a key health factor.

Every year, some 100 people in Sweden are diagnosed with low-grade brain tumor (also known as low-grade glioma). This type of tumor is incurable but grows slowly and, thanks to modern treatments, survival expectancy has successively increased.

The study, published in the journal Neurology, comprised 381 patients aged 18–60 with first onset of low-grade glioma in the years 2005–15. Data were retrieved from the Swedish National Quality Registry for Brain Tumors, Swedish Social Insurance Agency, Swedish National Board of Health and Welfare, and Statistics Sweden. The matched control group comprised 1,900 people.

Given the patients’ low age — averaging 40 years when they fell ill — their work capacity is seen as an especially important factor in quality of life. Being able to work again is, for many, a crucial aspect of returning to a normal life.

“Brain surgery as such doesn’t seem to be an obstacle. On the other hand, resuming work — especially a full-time job — generally takes a long time. Our interpretation is that, for many people, rehabilitation is a relatively long drawn-out process,” says Isabelle Rydén, lead author and doctoral student in clinical neuroscience at Sahlgrenska Academy, University of Gothenburg.

Asgeir Jakola, associate professor of neurosurgery at Sahlgrenska Academy, who has been heading the research, emphasizes the importance of patients’ return to work, and the variables concerned, now being understood in greater detail. As a result, risk factors and rehabilitation requirements are identifiable at an earlier stage.

“Access to rehabilitation for this group of patients is fairly limited. The explanation given is that the patients have a malignant disease, but we can see that many of them survive for long periods. And we know that work is an important part of normal, healthy life,” Jakola says.

“We’re going to carry on studying these patients. Future studies will focus on cognitive, affective and life-quality factors, and on identifying, and describing more clearly, this patient group’s problems and needs of assistance,” he concludes. 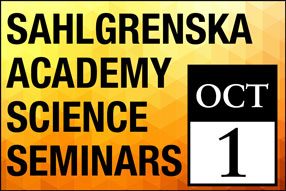 Call or chat to get in touch with Akademiliv’s editor

The problems with e-mail have also affected Akademiliv’s editorial staff. If you want to get in touch, chat with the editor Elin Lindström in Teams, or call: 031-786 3037.

Students in Research (SiF) are looking for enthusiastic PhD students who want to participate in the project “Researchers for a day”.

CONSTRUCTION INFORMATION. Akademiliv provides information about the construction of Natrium on Medicinareberget. The current information … END_OF_DOCUMENT_TOKEN_TO_BE_REPLACED

YOUNG RESEARCHERS. Björn Redfors has been awarded an ERC Starting Grant of around SEK 15 million for his research on heart attacks. He wants to … END_OF_DOCUMENT_TOKEN_TO_BE_REPLACED

CAMPUS MEDICINAREBERGET. Now you can find information about Natrium in Medicinarelängan. The exhibition is on the spot where the new building for … END_OF_DOCUMENT_TOKEN_TO_BE_REPLACED

STUDY. Women with a longer reproductive period had an elevated risk for dementia in old age, compared with those who were fertile for a shorter … END_OF_DOCUMENT_TOKEN_TO_BE_REPLACED

PEOPLE. With his research in molecular epidemiology, Gustav Smith hopes to contribute to a better understanding of the mechanisms behind heart … END_OF_DOCUMENT_TOKEN_TO_BE_REPLACED

PREMISES. The Faculty Board has adopted a new facility financing model that will apply from the start of the new year. In this model means, the … END_OF_DOCUMENT_TOKEN_TO_BE_REPLACED

INTERNATIONALIZATION. The American Heart Association has appointed a working group to develop guidelines for the care of people with stroke … END_OF_DOCUMENT_TOKEN_TO_BE_REPLACED

GRANTS. The Lundberg Research Foundation has awarded grants to 19 researchers, primarily for equipment for use in research of cancer, … END_OF_DOCUMENT_TOKEN_TO_BE_REPLACED

COMMUNICATION. The University of Gothenburg’s new website has now been launched after several years of preparations at every level. Much of the w … END_OF_DOCUMENT_TOKEN_TO_BE_REPLACED