INTERACTION. Universeum science center in Gothenburg is to receive SEK 7 million from the Herman. Krefting Foundation for Allergy and Asthma Research, the principal owner of the VBG  Group. The donation kicks off Universeum’s life science venture, the initial phase being a new learning environment developed with the Krefting Research Center. This collaboration with the Krefting Foundation will continue until 2026 and the donations will total some SEK 50 million over the period.

The Krefting Foundation was formed by Herman Krefting — founder of the VBG Group, a global industrial concern — who was himself an asthmatic. The Foundation supports research projects, a professorship and the Krefting Research Centre at Sahlgrenska Academy, University of Gothenburg. Now, for the first time, the Foundation is donating funds to Sweden’s national science center Universeum, to be spent on popular adult and youth education to boost knowledge, among children and grown-ups alike, of asthma and allergies.

“Working with science and research as the points of departure has been a recipe for the VBG Group’s success, and since the business has generated good earnings it has endowed the Foundation with funds to support asthma and allergy research. I look forward to the research now becoming accessible to many more people, and to the VBG Group getting a venue where our employees can clearly see the results of our efforts,” says Anders Birgersson, the VBG Group’s CEO.

The Krefting Foundation’s donation is the catalyst for Universeum’s new life science enterprise.  New content relating to asthma and allergies, in cooperation with the Krefting Research Center, is one of its features. More topics in sustainable health are to be added. The whole venture will thus mean that Universeum can create an interdisciplinary hub for scientists from several different research fields. To understand the epidemiology of asthma and the underlying mechanisms of disease, the Krefting Research Center is pooling research on a broad front. The Center is headed by Madeleine Rådinger, Associate Professor at Sahlgrenska Academy, University of Gothenburg.

“If you’re a researcher, you also have a responsibility to convey what you’re doing to the public. And here we have a superb opportunity to do that, in cooperation with the Nordic region’s largest science center,” she says.

“Lots of people talk about allergies and asthma but, for example, what happens in the respiratory tract when we breathe in something we’re allergic to? And how are our bodies affected by the medication? We also want to show how knowledge in this area has been accumulated and how much perseverance it requires, but also how much joy working as a scientist brings.”

In the new learning environment formed by Universeum and Krefting Research Center jointly, research results will be visualized and complex connections presented to all Universeum’s visitors — young and old, students and teachers. Through links with the natural and engineering sciences generally, the environment will also help to enhance interest in academic studies and research. Inauguration of the new learning environment is planned for December 2021. CEO Anders Birgersson is very much in favor of the VBG Group having a presence at a public arena like Universeum.

“It’s exciting that two areas as different, on paper, as developing transport solutions  and researching asthma and allergies are creating this together. Our collaboration with Universeum is a tremendous example of how Swedish industry can generate benefits for society,” Birgersson says.

The donation is also contributing to the big leap forward in development that Universeum is currently taking. In cooperation with its founders, along with the Knut and Alice Wallenberg Foundation and the Sten A Olsson Foundation for Research and Culture, the Herman Krefting Foundation for Allergy and Asthma Research is crucial for development of activities at the next-generation science center.

“Altogether, the various initiatives we’ve now started — in digitization, life science and sustainable marine environments — mean that Universeum is becoming an even more vigorous arena for popular education and learning about science, technology, and sustainability. We are immensely pleased that the Krefting Foundation, too, has now joined our development program. Together, we’re going to make a difference,” says Carina Halvord, Universeum’s CEO. 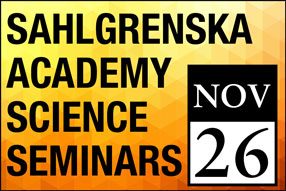 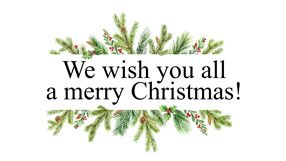 Akademiliv will take a break for the Holidays between December 17th until January 12th. The first newsletter after New Year will reach you Wednesday, January 13th.

DISTINCTION. The seven researchers at the University of Gothenburg, who were ranked among the top one percent of most highly cited researchers … END_OF_DOCUMENT_TOKEN_TO_BE_REPLACED

NEW STUDY. Researchers at the University of Gothenburg have detected a connection between Brachyspira, a genus of bacteria in the intestines, and … END_OF_DOCUMENT_TOKEN_TO_BE_REPLACED

NEW STUDY. Researchers at Sahlgrenska Academy continue to participate in the Global Burden of Disease project, which maps the development of … END_OF_DOCUMENT_TOKEN_TO_BE_REPLACED

VICE-CHANCELLOR DECISION. In line with the Government's decision to lower the limit for general meetings to eight people, the Vice-chancellor has … END_OF_DOCUMENT_TOKEN_TO_BE_REPLACED

THE SWEDISH RESEARCH COUNCIL’S MAJOR CALL FOR PROPOSALS. Researchers at the University of Gothenburg will receive a total of SEK 150 million from … END_OF_DOCUMENT_TOKEN_TO_BE_REPLACED

GRANTS. Twenty-seven researchers at the University of Gothenburg have together received just over SEK 68 million for various research projects … END_OF_DOCUMENT_TOKEN_TO_BE_REPLACED

NEW STUDY. It is the bacterial changes in the gut that increase the levels of imidazole propionate, the molecule that makes the body's cells … END_OF_DOCUMENT_TOKEN_TO_BE_REPLACED

NEW STUDY. New data on continuous glucose monitoring for people with type 1 diabetes, over a significantly longer period than before, are now … END_OF_DOCUMENT_TOKEN_TO_BE_REPLACED

CONSTRUCTION INFORMATION. Akademiliv provides information on the construction of Natrium on Medicinareberget for the period weeks 47-50 ( … END_OF_DOCUMENT_TOKEN_TO_BE_REPLACED

DOCTORAL THESIS. Ongoing support for several years and focus on the individual. These are success factors that make physical activity on … END_OF_DOCUMENT_TOKEN_TO_BE_REPLACED