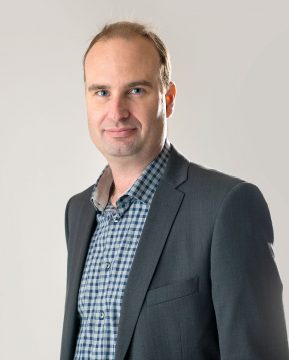 DISTINCTION. Marcus Lind, a chief physician and newly appointed professor, has conducted research that has had a significant impact on several guidelines in diabetes care around the world. By participating in major epidemiological research projects while meeting with patients clinically, he is at the forefront of the translational research method. Now he has been awarded the Young Fernström Prize, which is presented to young, highly promising and successful researchers.

Marcus Lind became a professor of diabetology at the Institute of Medicine this summer and was awarded the Eric K. Fernström Prize for young, highly promising and successful researchers, also called the Young Fernström Prize.

“It is a great honor and pleasure. Receiving such a vote of confidence and recognition provides motivation to continue working long-term. It has also created opportunities to involve junior researchers, which can be a great advantage because it takes time to build up new research domains,” Lind says.

Lind works on developing and improving treatments that improve blood glucose levels for type 1 and type 2 diabetes. Among other things, he conducts extensive epidemiological research focusing on prognosis and risk factors regarding complications. His research has been essential in national and international guidelines for the treatment of diabetes.

He has also had primary responsibility for evaluating continuous glucose monitoring (CGM), in which the patient has a sensor under the skin that measures the glucose value and displays the result on a mobile phone or a small monitor. This has been of great importance in the field, and today about 80 percent of persons with type 1 diabetes in Sweden undergo such continuous glucose monitoring.

Lind’s research team includes several doctoral students, research nurses and doctors as well as psychologists and dietitians. He emphasizes the importance of having a broad-based research team and extensive collaboration with various hospitals and universities both in Sweden and internationally.

It’s fantastic to be able to make things better

Marcus Lind grew up in Gothenburg, studied to become a doctor in Lund and wrote his thesis at the University of Gothenburg. He had already become interested in the connection between research and clinical work during the medical program.

“Part of medicine is using treatments that already exist, but the treatments do not work for some patients. The hope then lies in research, and it is fantastic to be involved in making things better.”

His clinical work led him to become interested in diabetes. He did his postdoctoral work in the United States at Saint Luke’s Mid America Heart Institute and continues to collaborate with the institute to this day.

For a long time Lind has worked in the NU Hospital Group, which is closely associated with the University of Gothenburg. He has a clinic at Uddevalla Hospital one and a half days a week, where he treats about 170 patients with type 1 diabetes and 50 patients with severe type 2 diabetes.

Requires a lot from the patient

Type 2 diabetes is increasingly prevalent and requires major efforts. Type 1 diabetes is one of the most common chronic diseases in children, and we still are somewhat uncertain about why patients become afflicted. Treatment requires a lot from both patients and their relatives.

“Diabetes is particularly interesting to work with because it covers a wide range of internal medicine and has close links to cardiovascular disease and kidney disease,” Lind says. “The field of diabetes also encompasses a lot of teaching approaches and psychology since treatment requires unique decisions in everyday life all the time. Patients cannot be told exactly what their insulin dosage should be, because in the afternoon when they come home, they face a whole new situation.”

Lind also thinks that although treatments have greatly improved in the last 30–40 years, we still lack really good treatments, especially for type 1 diabetes. Insulin treatment, for example, is very demanding for many patients and relatives, and despite great efforts, many people do not achieve good blood glucose levels.

Much is happening in the research field

“We are now looking for answers to why the onset of diabetes occurs with the goal of preventing it and also restoring insulin production so that the disease is slowed in those already afflicted.”

An important factor in type 1 diabetes that he thinks is seldom talked about in the clinic is the fact that patients are producing their own insulin when they become ill, and to some extent those likely to become ill can be discovered through screening.

“But we have no good treatment to prevent this destruction of the beta cells that produce insulin, which differs a lot from other diseases.”

Marcus Lind believes that in the next 10 years a lot will possibly happen in preventive treatment and the possibility of influencing the immune system to reduce the destruction of beta cells.

“All patients who become ill from diabetes type 1 still produce their own insulin for a few years, and they benefit greatly from this. If we could just retain this, it would be much easier for treating type 1 diabetes.” 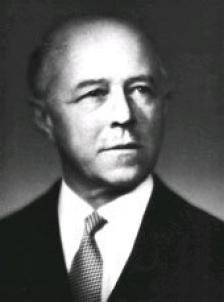 ABOUT ERIC K. FERNSTRÖM
Eric K. Fernström was born in Karlshamn in 1901. He began his career as a successful manager for his family’s granite company. The company’s black dolerite covers the base façade of the Empire State Building in New York. In 1978, the Eric K. Fernström Foundation was founded to promote scientific medical research. The Foundation awards prizes to outstanding medical researchers. Among others, the Eric K. Fernström Foundation annually awards six prizes of SEK 90,000 each to relatively young, particularly promising and successful researchers. One researcher from each of Sweden’s six medical schools is recognized.

Previous recipients of the Young Fernström Prize in Gothenburg:

Thank you for your continued great efforts to maintain our teaching and research. I would also like to extend a thank you to our dedicated … END_OF_DOCUMENT_TOKEN_TO_BE_REPLACED

ALF FUNDING. Because of the spread of the novel coronavirus, the major application period for ALF funding will be delayed one year.  This year’s a … END_OF_DOCUMENT_TOKEN_TO_BE_REPLACED

DISTANCE TEACHING. How do we take advantage of the extensive range of existing experience from distance teaching? Sahlgrenska Academy has … END_OF_DOCUMENT_TOKEN_TO_BE_REPLACED

EDUCATION. The move to distance education and adapted examines has made great progress. In collaboration with the medical care and dental care … END_OF_DOCUMENT_TOKEN_TO_BE_REPLACED

RESEARCH COMMUNICATIONS. Basic research and cross-disciplinary collaborations with veterinary virologists can play a crucial role in research on … END_OF_DOCUMENT_TOKEN_TO_BE_REPLACED

COVID-19. On this page we will gather brief information and links on calls focusing on covid-19. This site will be updated depending on deadlines … END_OF_DOCUMENT_TOKEN_TO_BE_REPLACED

SciLifeLab welcomes proposals from researchers nationwide with the hope to create a comprehensive program to combat the corona virus pandemic. … END_OF_DOCUMENT_TOKEN_TO_BE_REPLACED

COVID-19. When Tugce Satir defended his thesis on March 20 the eternal reviewer was in Finland and one member of the examining committee was in … END_OF_DOCUMENT_TOKEN_TO_BE_REPLACED