ACADEMIC CEREMONIES. For the first time, the University of Gothenburg has held a dedicated conferment ceremony solely for jubilee doctors. One of Sahlgrenska Academy’s 28 new jubilee doctors is Barbro Ekström-Jodal, who became the director of the children’s hospital in Gothenburg once leaving her medical career.

The academic award ceremony at the University of Gothenburg had to be postponed for two years due to the pandemic, and so the University chose to organize this special ceremony for its jubilee doctors. It was a suitably impressive ceremony, featuring music performed by the Gothenburg Brass Quintet and opera pieces performed by students from the Academy of Music and Drama. Professor Göran Wennergren conferred the doctorates to Sahlgrenska Academy’s jubilee doctors. The ceremony was followed by a banquet at Restaurang Norden at the Wallenberg Conference Centre, where Professor Eva Angenete served as one of the toastmasters.

Out of the 28 jubilee doctors attending the ceremony, 18 were promoted to within Sahlgrenska Academy’s academic fields. This included Barbro Ekström-Jodal.

“I can’t believe that fifty years have passed since I defended my thesis, and I have really been looking forward to going to a party.”

Her thesis was on regulation of heart blood vessels, especially in relation to changes in blood pressure. She remembers her defense of thesis at the laboratory for clinical physiology in 1970 as an event with a lot of people and engaging discussions.

“The research program within an established team with support from the Medical Research Council came in very handy when I changed my specialty.”

After her PhD, she wanted to work with patients, and her interest in anesthesiology led her to anesthesia and the intensive care department of the children’s hospital. She describes the pediatric intensive care unit as pioneering when it was created in 1955 by Göran Haglund. It was the first of its kind in the world. The unit was an exciting and rewarding workplace for Barbro Ekström-Jodal that offered both intellectual challenges and drama.

“There were often situations that were new to us, and contact with parents could be emotional. Despite only being a few doctors at the beginning and no available funding for research, several studies were conducted, including into brain, lungs and metabolism during anesthesia and intensive care.”

Ekström-Jodal became a specialist consultant within anesthesiology and intensive care, and for many years was head of department for the entire anesthesia clinic at Östra Hospital, which included pediatric anesthesia.

A sense of confidence in the face of change 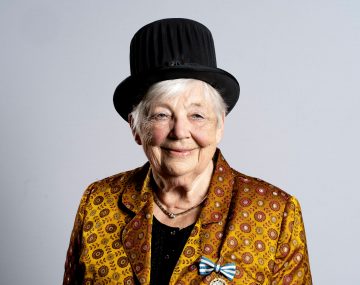 Barbro Ekström-Jodal was director of the children’s hospital in Gothenburg between 1995 and 2000, a position that she was very happy to be entrusted with. It was a challenging period for the healthcare system in Gothenburg, because three hospitals were being merged to form the Sahlgrenska University Hospital, where pediatric care became a field in its own right.

“All jobs were declared vacant, and everyone had to re-apply for their jobs in the new organization. To not lose access to expertise, it was important that we create a sense of confidence during that process of change. I think that we succeeded because we all helped to make it work and everyone wanted it to go well.”

After her retirement, Barbro Ekström-Jodal work for many years with a charitable foundation for Queen Silvia Children’s Hospital. At the age of 84, she now enjoys life with her three grandchildren and a puppy she sits for. She still gets her intellectual and social stimulation from her membership of the Gothenburg Medical Society, the Senior University of Gothenburg and Rotary.

NEW STUDY. In mice with high-risk neuroblastoma, tumors disappeared in response to a new combination treatment with precision medicines, a recent … END_OF_DOCUMENT_TOKEN_TO_BE_REPLACED

PUBLISHING ETHICS. If you publish in a questionable journal, it may prove more harmful to your reputation than beneficial. But what are the … END_OF_DOCUMENT_TOKEN_TO_BE_REPLACED

EDUCATION. Sahlgrenska Academy has now produced its first open online course as part of a university-wide project aimed at anyone interested in … END_OF_DOCUMENT_TOKEN_TO_BE_REPLACED

RESEARCH COLLABORATION. The pandemic put a stop to the originally planned Research Day this spring, but we’ve now been able to hold it. Research D … END_OF_DOCUMENT_TOKEN_TO_BE_REPLACED

COLLEGIAL RESPONSIBILITY. Sahlgrenska Academy currently has some assignments that need staff to take on. It can be difficult to find candidates … END_OF_DOCUMENT_TOKEN_TO_BE_REPLACED

SAHLGRENSKA LIFE. Planning for the new skills center at Sahlgrenska Life is progressing well. This clinical training platform is part of the life … END_OF_DOCUMENT_TOKEN_TO_BE_REPLACED

GRANT. Three researchers at Sahlgrenska Academy have been granted funding from the Swedish Research Council’s call in natural and engineering s … END_OF_DOCUMENT_TOKEN_TO_BE_REPLACED

INFRASTRUCTURE. This year, a total of SEK 30 million has been granted Core Facilities by the Swedish Research Council. The funds are to cover new … END_OF_DOCUMENT_TOKEN_TO_BE_REPLACED

RESEARCH CONDITIONS. Refinement of animal experiments is one of the three R’s on which animal studies in Sweden and the EU should be based. It is … END_OF_DOCUMENT_TOKEN_TO_BE_REPLACED